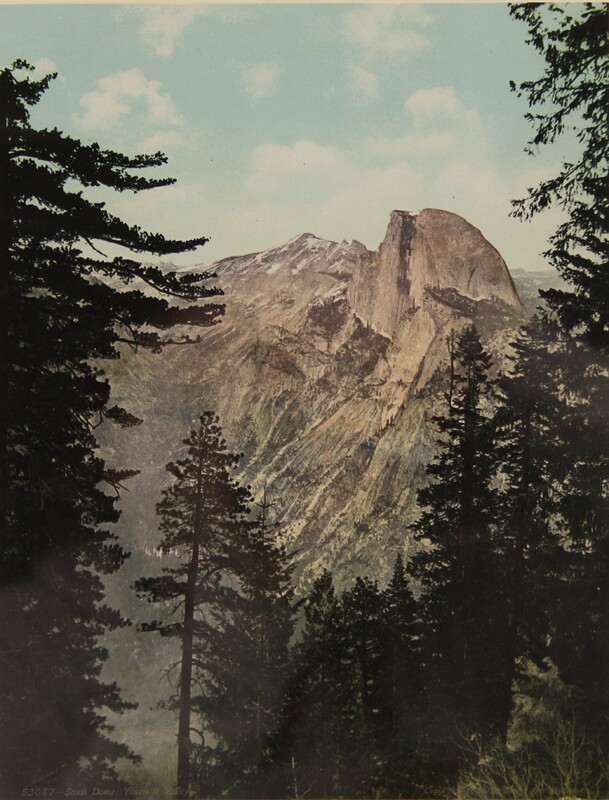 William Henry Jackson was one of many notable early photographers whose images helped define and popularize the American West. After serving in the Civil War, he opened a photography studio in Nebraska before finding work as the photographer on a land survey. Over the course of his career, Jackson helped to chart areas around the Yellowstone River and the Rocky Mountains—becoming one of the first settlers to capture now iconic natural landmarks.

When Jackson joined the survey in 1870, the discipline of photography was scarcely thirty years old. Advances in photographic technology made work in the field possible, but making photographs still demanded tremendous skill and significant resources. The technically challenging wet-plate collodion process required traveling with glass negatives and a portable darkroom. Assistants and a team of five-to-seven mules carried the equipment, and missteps could mean disaster, as they traversed areas that did not yet have roads.

Jackson’s contributions to photography have been recognized for their historical and art historical significance and his life celebrated as one of adventure and exploration. However, Jackson also operated in a system of exploitive colonization and industrialization, which complicates the legacy of his work today. With an awareness of ongoing injustice to Indigenous peoples and contemporary environmental challenges in this country, we revisit Jackson’s legacy—not to discredit his contributions but to provide opportunities to learn from this complex history.