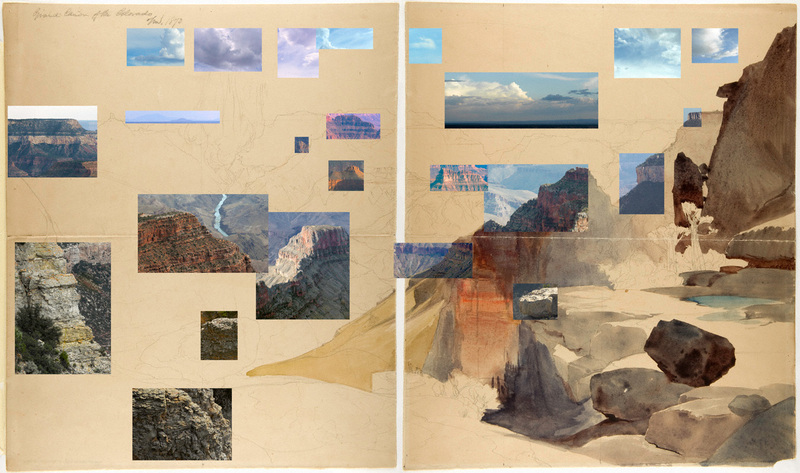 Land surveys of the west employed both artists and photographers. On the Hayden team, William Henry Jackson worked to capture the new territory alongside Thomas Moran, a painter associated with the Hudson River School. While American landscape painters in the 19th  century often created idealized images, survey photographers were considered documentarians, who could make truthful and accurate representations of the land. Both types of images were critical to the expanding prospects of a nation driven by a belief in Manifest Destiny. Jackson, who had been a gifted painter in his youth, was influenced by Moran as they worked to show the land to its best effect. In this image by Klett and Wolfe, contemporary photographs are embeded in a sketch by Moran of the same site from over a century ago.