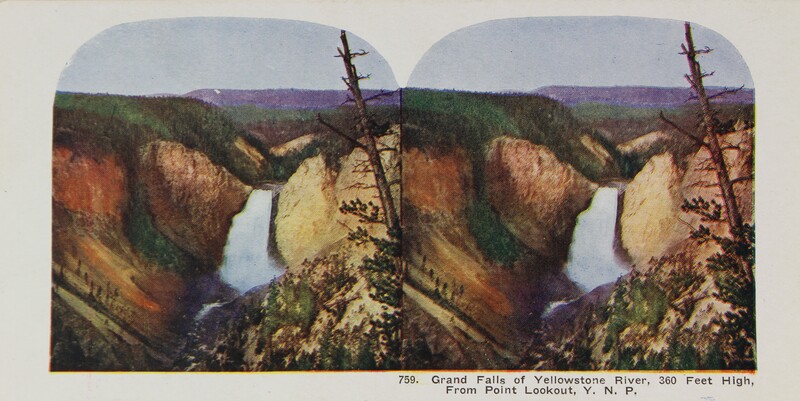 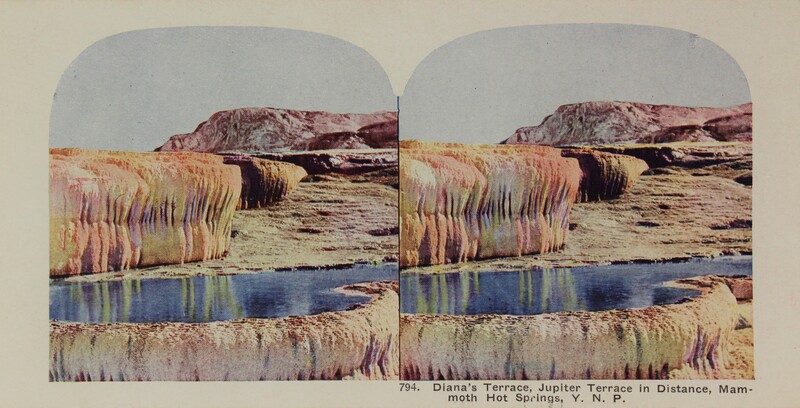 The stereoscope is a hand-held binocular device that helped solidify photography as a popular form of entertainment in the 19th century. Stereographs, or the cards containing the images, were made with two nearly identical images of the same scene mounted side-by-side on a stiff board. When the cards were viewed through the eyepiece, the resulting image had a sense of depth and presence that viewers found compelling.

American survey images were a popular subject of stereographs, such as the image above. As they were affordable and could be printed in large editions, these images were available to a broad middle-class audience. Hence, the views taken by photographers like William Henry Jackson greatly informed American’s perception and understanding of the west.

The contemporary photographs above by Klett and Wolfe reference the stereograph format that was a popular mode of viewing early landscape images. Historical images by photographers, who would have been peers of William Henry Jackson, are embedded in each photograph.